Maintaining the Illusion of Reality:
Transfer in RL by Keeping Agents in the DARC

Reinforcement learning (RL) is often touted as a promising approach for costly and risk-sensitive applications, yet practicing and learning in those domains directly is expensive. It costs time (e.g., OpenAI’s Dota2 project used 10,000 years of experience), it costs money (e.g., “inexpensive” robotic arms used in research typically cost $10,000 to $30,000), and it could even be dangerous to humans. How can an intelligent agent learn to solve tasks in environments in which it cannot practice?

This problem (domain adaptation for RL) is challenging because the source and target domains might have different physics and appearances. These differences mean that strategies that work well in the practice facility often don’t transfer to the target domain. For example, a good approach to driving a car around a dry racetrack (the source domain) may entail aggressive acceleration and cutting corners. If the target domain is an icy, public road, this approach may cause the car to skid off the road or hit oncoming traffic. While prior work has thoroughly studied the domain adaptation of appearance in RL [Bousmalis 2017, Ganin 2016, Higgins 2017], it ignores the domain adaptation of the physics.

Our approach stems from the idea that the agent’s experience in the source domain should look similar to its experience in the target domain. We can achieve this goal by compensating for the difference in dynamics by modifying the reward function. The figure below above shows an illustrative example, where the real world (left) contains an obstacle that is unmodeled in the simulator (center).  Our method automatically learns to assign a high penalty when the agent takes actions in the simulator that would not be possible in the real world. For this example, our method puts a high penalty (red region) in the middle of the practice facility, as transitions through that region will not be possible in the real world. In effect, the agent is penalized for transitions that would indicate that the agent is interacting with the source domain, rather than the target domain.

The combined objective has a number of intuitive interpretations:

While \(\Delta r\) is defined in terms of dynamics, it turns out that we can estimate \(\Delta r\) without learning a dynamics model. Applying Bayes’ Rule, we can rewrite \(\Delta r\) as $$\begin{aligned} \Delta r(s_t, a_t, s_{t+1}) =& \color{orange}{\log p(\text{target} \mid s_t, a_t, s_{t+1})} – \color{blue}{\log p(\text{target} \mid s_t, a_t)} \\ & – \color{orange}{\log p(\text{source} \mid s_t, a_t, s_{t+1})} + \color{blue}{\log p(\text{source} \mid s_t, a_t)}. \end{aligned}$$ The orange terms can be estimated by learning a classifier that distinguishes source vs target given \((s, a, s’)\); the blue terms can be estimated using a classifier that distinguishes source vs target given \((s, a)\). We therefore call our method Domain Adaptation with Rewards from Classifiers, or DARC. While we do require a limited amount of experience from the target domain to learn these classifiers, our experiments show that learning a classifier (which has a binary output) is easier than learning a dynamics model (which must predict a high-dimensional output). DARC is simple to implement on top of any MaxEnt RL algorithm (e.g., on-policy, off-policy, and model-based).

Connection with Observation Adaptation: Now that we’ve introduced the DARC algorithm, we pause briefly to highlight the relationship between domain adaptation of dynamics versus observations. Consider tasks where the state \(s_t \triangleq (z_t, o_t)\) is a combination of the system latent state \(z_t\) (e.g., the poses of all objects in a scene) and an observation \(o_t\) (e.g., a camera observation). We will define \(q(o_t \mid z_t)\) and \(p(o_t \mid z_t)\) as the observation models for the source and target domains (e.g., as defined by the rendering engine or the camera model). In this special case, we can write \(\Delta r\) as the sum of two terms, which correspond to observation adaptation and dynamics adaptation: $$\begin{aligned} \Delta r(s_t, a_t, s_{t+1}) =& \underbrace{\log p_{\text{target}}(o_t \mid z_t) – \log p_{\text{source}}(o_t \mid z_t)}_{\text{Observation Adaptation}} \\ & + \underbrace{\log p_{\text{target}}(z_{t+1} \mid z_t, a_t) – \log p_{\text{source}}(z_{t+1} \mid z_t, a_t)}_{\text{Dynamics Adaptation}} . \end{aligned}$$ While prior methods excel at addressing observation adaptation [Bousmalis 2017, Gamrian 2019, Fernando 2013, Hoffman 2016, Wulfmeier 2017], only our method captures both the adaptation and dynamics terms.

Our final experiment showed how DARC can be used for safety. In many applications, robots have freedom to practice in a safe and cushioned practice facility, where they are preemptively stopped when they try to take unsafe actions. However, the real world may not contain such safeguards, so we want our robots to avoid relying on these safeguards. To study this setting, we used a simulated human robot. In the source domain, the episode terminates if the agent starts to fall; the target domain does not include this safeguard. As shown in the plot above, our method learns to remain standing for nearly the entire episode, while baselines fall almost immediately. While DARC was not designed as a method for safe RL [Tamar 2013, Achaim 2017, Berkenkamp 2017, Eysenbach 2017], this experiment suggests that safety may emerge automatically from DARC, without any manual reward function design.

The main idea of this project is that agents should avoid taking actions that would reveal whether they are in the source domain or the target domain. Even when practicing in a simulator, the agent should attempt to maintain the illusion that it is in the real world. The main limitation of our method is that the source dynamics must be sufficiently stochastic, an assumption that can usually be satisfied by adding noise to the dynamics, or ensembling a collection of sources.

For more information, check out the paper or code! 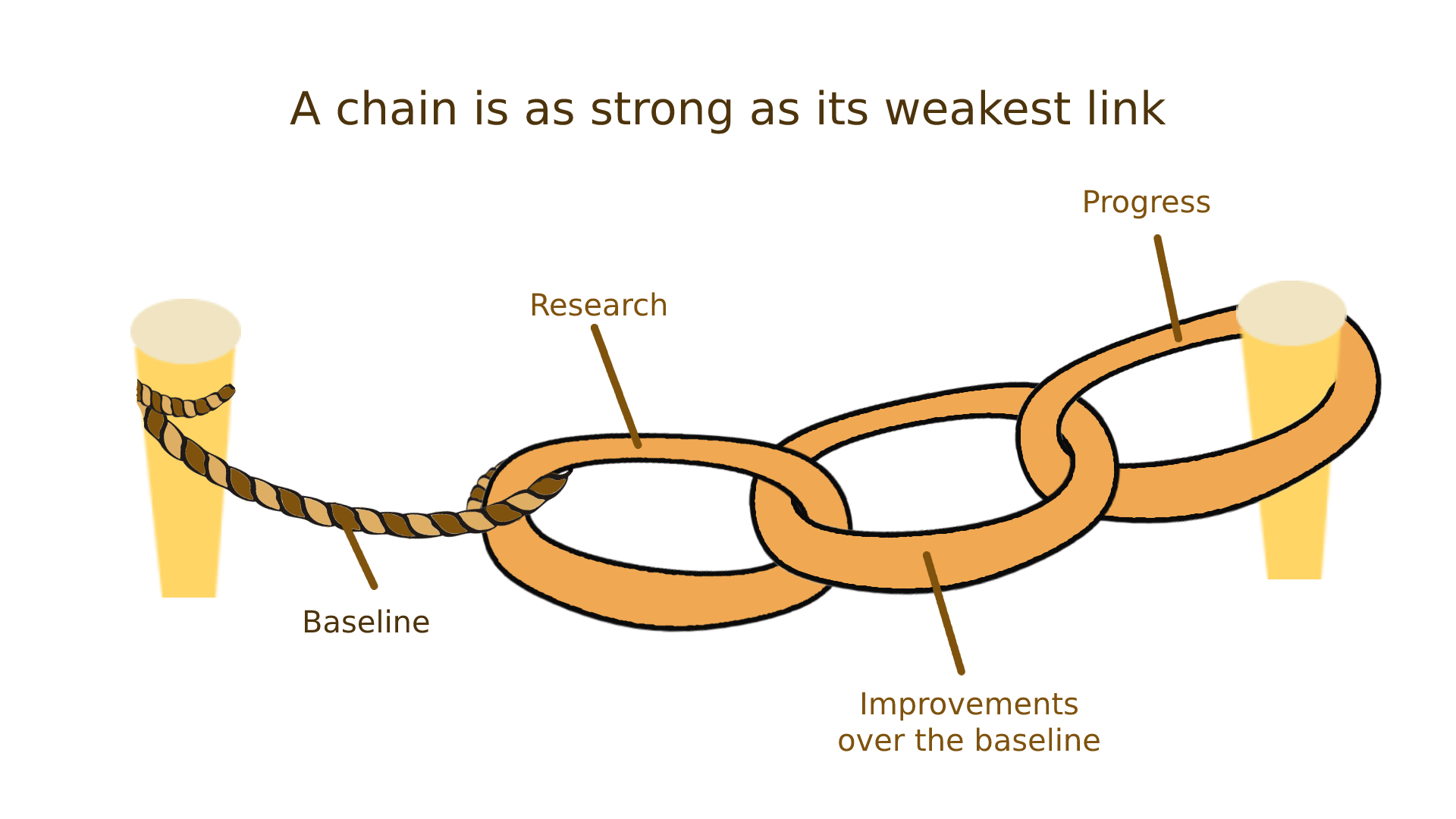 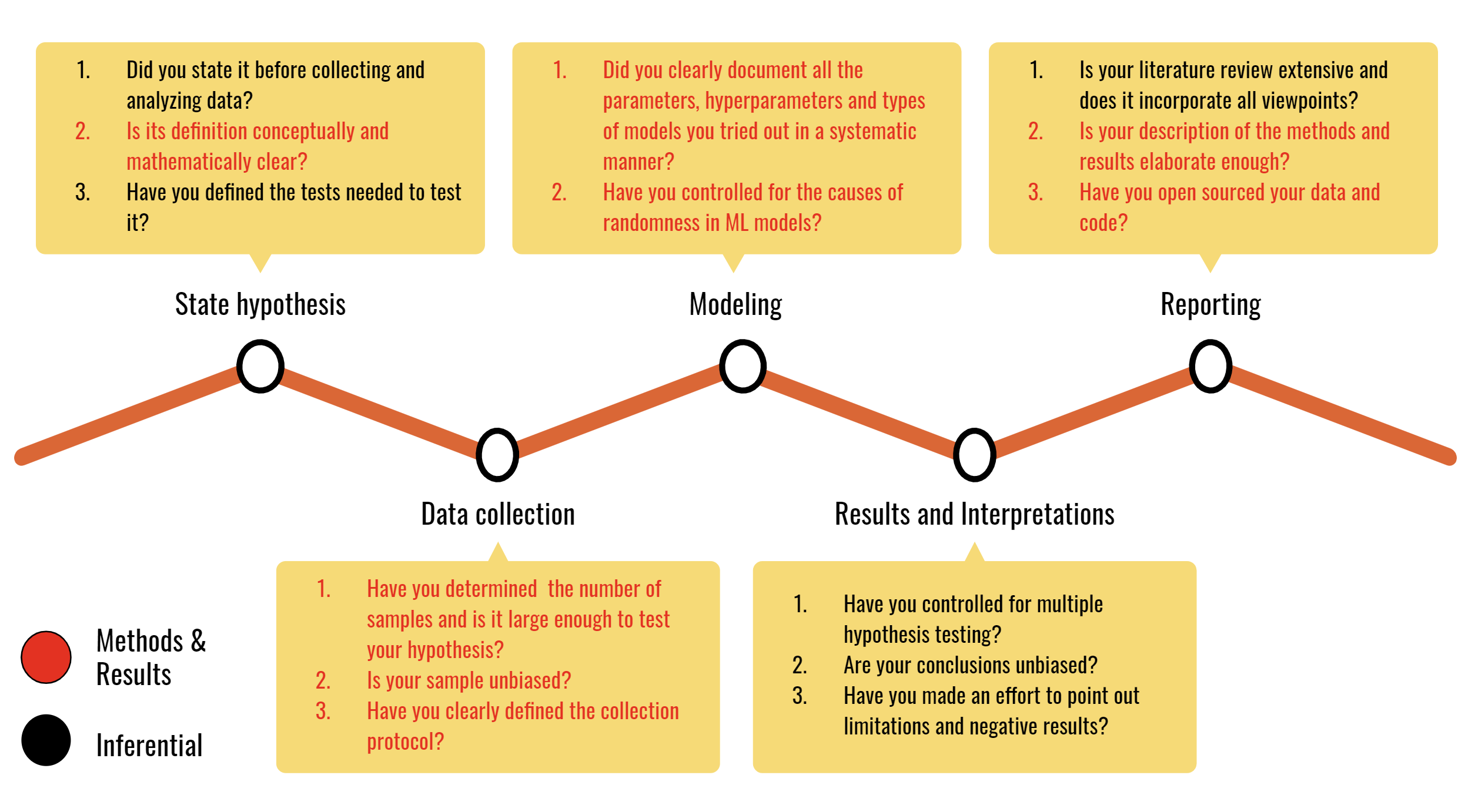