Figure 1. A toy linear regression example illustrating Tilted Empirical Risk Minimization (TERM) as a function of the tilt hyperparameter \(t\). Classical ERM (\(t=0\)) minimizes the average loss and is shown in pink. As \(t \to -\infty \) (blue), TERM finds a line of best fit while ignoring outliers. In some applications, these ‘outliers’ may correspond to minority samples that should not be ignored. As \(t \to + \infty\) (red), TERM recovers the min-max solution, which minimizes the worst loss. This can ensure the model is a reasonable fit for all samples, reducing unfairness related to representation disparity.

In machine learning, models are commonly estimated via empirical risk minimization (ERM), a principle that considers minimizing the average empirical loss on observed data. Unfortunately, minimizing the average loss alone in ERM has known drawbacks—potentially resulting in models that are susceptible to outliers, unfair to subgroups in the data, or brittle to shifts in distribution. Previous works have thus proposed numerous bespoke solutions for these specific problems.

In contrast, in this post, we describe our work in tilted empirical risk minimization (TERM), which provides a unified view on the deficiencies of ERM (Figure 1). TERM considers a modification to ERM that can be used for diverse applications such as enforcing fairness between subgroups, mitigating the effect of outliers, and addressing class imbalance—all in one unified framework.

What is Tilted ERM (TERM)?

Empirical risk minimization is a popular technique for statistical estimation where the model, \(\theta \in R^d\), is estimated by minimizing the average empirical loss over data, \(\{x_1, \dots, x_N\}\):

Despite its popularity, ERM is known to perform poorly in situations where average performance is not an appropriate surrogate for the problem of interest. In our work (ICLR 2021), we aim to address deficiencies of ERM through a simple, unified framework—tilted empirical risk minimization (TERM). TERM encompasses a family of objectives, parameterized by the hyperparameter \(t\):

TERM recovers ERM when \(t \to 0\). It also recovers other popular alternatives such as the max-loss (\(t \to +\infty\)) and min-loss (\(t \to -\infty\)). While the tilted objective used in TERM is not new and is commonly used in other domains,1For instance, this type of exponential smoothing (when \(t>0\)) is commonly used to approximate the max. Variants of tilting have also appeared in other contexts, including importance sampling, decision making, and large deviation theory. it has not seen widespread use in machine learning.

In our work, we investigate tilting by: (i) rigorously studying properties of the TERM objective, and (ii) exploring its utility for a number of ML applications. Surprisingly, we find that this simple and general extension to ERM is competitive with state-of-the-art, problem-specific solutions for a wide range of problems in ML.

Given the modifications that TERM makes to ERM, the first question we ask is: What happens to the TERM objective when we vary \(t\)? Below we explore properties of TERM with varying \(t\) to better understand the potential benefits of \(t\)-tilted losses. In particular, we find:

Next, we discuss these properties and interpretations in more detail.

This indicates that the tilted gradient is a weighted average of the gradients of the original individual losses, and the weights are exponentially proportional to the loss values. As illustrated in Figure 1, for positive values of \(t\), TERM will thus magnify outliers (samples with large losses), and for negative t’s, it will suppress outliers by downweighting them.

Another perspective on TERM is that it offers a continuum of solutions between the min and max losses. As \(t\) goes from 0 to \(+\infty\), the average loss will increase, and the max-loss will decrease (going from the pink star to the red star in Figure 2), smoothly trading average-loss for max-loss. Similarly, for \(t<0\), the solutions achieve a smooth tradeoff between average-loss and min-loss. Additionally, as \(t >0\) increases, the empirical variance of the losses across all samples also decreases. In the applications below we will see how these properties can be used in practice.

Finally, we note a connection to another popular variant on ERM: superquantile methods. The \(k\)-th quantile loss is defined as the \(k\)-th largest individual loss among all samples, which may be useful for many applications. For example, optimizing for the median loss instead of mean may be desirable for applications in robustness, and the max-loss is an extreme of the quantile loss which can be used to enforce fairness. However, minimizing such objectives can be challenging especially in large-scale settings, as they are non-smooth (and generally non-convex). The TERM objective offers an upper bound on the given quantile of the losses, and the solutions of TERM can provide close approximations to the solutions of the quantile loss optimization problem.

[Note] All discussions above assume that the loss functions belong to generalized linear models. However, we empirically observe competitive performance when applying TERM to broader classes of objectives, including deep neural networks. Please see our paper for full statements and proofs.

TERM is a general framework applicable to a variety of real-world machine learning problems. Using our understanding of TERM from the previous section, we can consider ‘tilting’ at different hierarchies of the data to adjust to the problem of interest. For instance, one can tilt at the sample level, as in the linear regression toy example. It is also natural to perform tilting at the group level to upweight underrepresented groups. Further, we can tilt at multiple levels to address practical applications requiring multiple objectives. In our work, we consider applying TERM to the following problems:

For all applications considered, we find that TERM is competitive with or outperforms state-of-the-art, problem-specific tailored baselines. In this post, we discuss three examples on robust classification with \(t<0\), fair PCA with \(t>0\), and hierarchical tilting.

Crowdsourcing is a popular technique for obtaining data labels from a large crowd of annotators. However, the quality of annotators varies significantly as annotators may be unskilled or even malicious. Thus, handling a large amount of noise is essential for the crowdsourcing setting. Here we consider applying TERM (\(t<0\)) to the application of mitigating noisy annotators.

Specifically, we explore a common benchmark—taking the CIFAR10 dataset and simulating 100 annotators where 20 of them are always correct and 80 of them assign labels uniformly at random. We use negative \(t\)’s for annotator-level tilting, which is equivalent to assigning annotator-level weights based on the aggregate value of their loss.

Figure 3 demonstrates that our approach performs on par with the oracle method that knows the qualities of annotators in advance. Additionally, we find that the accuracy of TERM alone is 5% higher than that reported by previous approaches which are specifically designed for this problem.

While the previous application explored TERM with \(t<0\), here we consider an application of TERM with positive \(t\)’s to fair PCA. PCA is commonly used for dimension reduction while preserving useful information of the original data for downstream tasks. The goal of fair PCA  is to learn a projection that achieves similar (or the same) reconstruction errors across subgroups.

Applying standard PCA can be unfair to underrepresented groups. Figure 4 demonstrates that the classical PCA algorithm results in a large gap in the representation quality between two groups (G1 and G2).

To promote fairness, previous methods have proposed to solve a min-max problem via semidefinite programming, which scales poorly with the problem dimension. We apply TERM to this problem, reweighting the gradients based on the loss on each group. We see that TERM with a large \(t\) can recover the min-max results where the resulting losses on two groups are almost identical. In addition, with moderate values of \(t\), TERM offers more flexible tradeoffs between performance and fairness by reducing the performance gap less aggressively.

Finally, we note that in practice, multiple issues can co-exist in the data, e.g., we may have issues with both class imbalance and label noise. In these settings we can adopt hierarchical TERM as described previously to address compound issues. Depending on the application, one can choose whether to apply tilting at each level (e.g., possibly more than two levels of hierarchies exist in the data), and at either direction (\(t>0\) or \(t<0\)). For example, we can perform negative tilting at the sample level within each group to mitigate outlier samples, and perform positive tilting across all groups to promote fairness.

We test this protocol on the HIV-1 data with logistic regression. In Table 1 below, we find that TERM is superior to all baselines which perform well in their respective problem settings (only showing a subset here) when considering noisy samples and class imbalance simultaneously.

More broadly, the idea of tilting can be applied to other learning problems, like GAN training, meta-learning, and improving calibration and generalization for deep learning. We encourage interested readers to view our paper, which explores a more comprehensive set of applications.

[Solving TERM] Wondering how to solve TERM? In our work, we discuss the properties of the objective in terms of its smoothness and convexity behavior. Based on that, we develop both batch and (scalable) stochastic solvers for TERM, where the computation cost is within 2\(\times\) of standard ERM solvers. We describe these algorithms as well as their convergence guarantees in our paper.

Our work explores tilted empirical risk minimization (TERM), a simple and general alternative to ERM, which is ubiquitous throughout machine learning. Our hope is that the TERM framework will allow machine learning practitioners to easily modify the ERM objective to handle practical concerns such as enforcing fairness amongst subgroups, mitigating the effect of outliers, and ensuring robust performance on new, unseen data. Critical to the success of such a framework is understanding the implications of the modified objective (i.e., the impact of varying \(t\)), both theoretically and empirically. Our work rigorously explores these effects—demonstrating the potential benefits of tilted objectives across a wide range of applications in machine learning.

Thanks to Maruan Al-Shedivat, Ahmad Beirami, Virginia Smith, and Ivan Stelmakh for feedback on this blog post.

Representational Aspects of Depth and Conditioning in Normalizing Flows 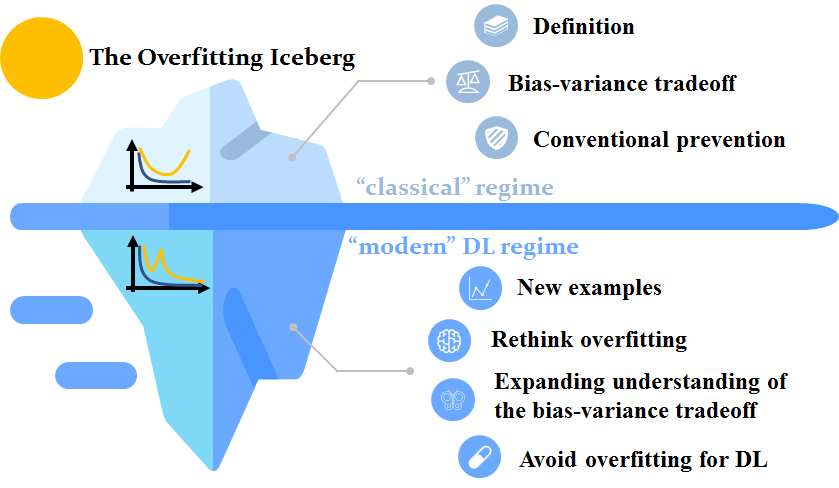